We animate the playback of a recorded script which specifies specific messages and what route they will take to their destination. open

We initiated transitions every 100ms (left) and then left to d3 to update the display every 16ms (right). expand 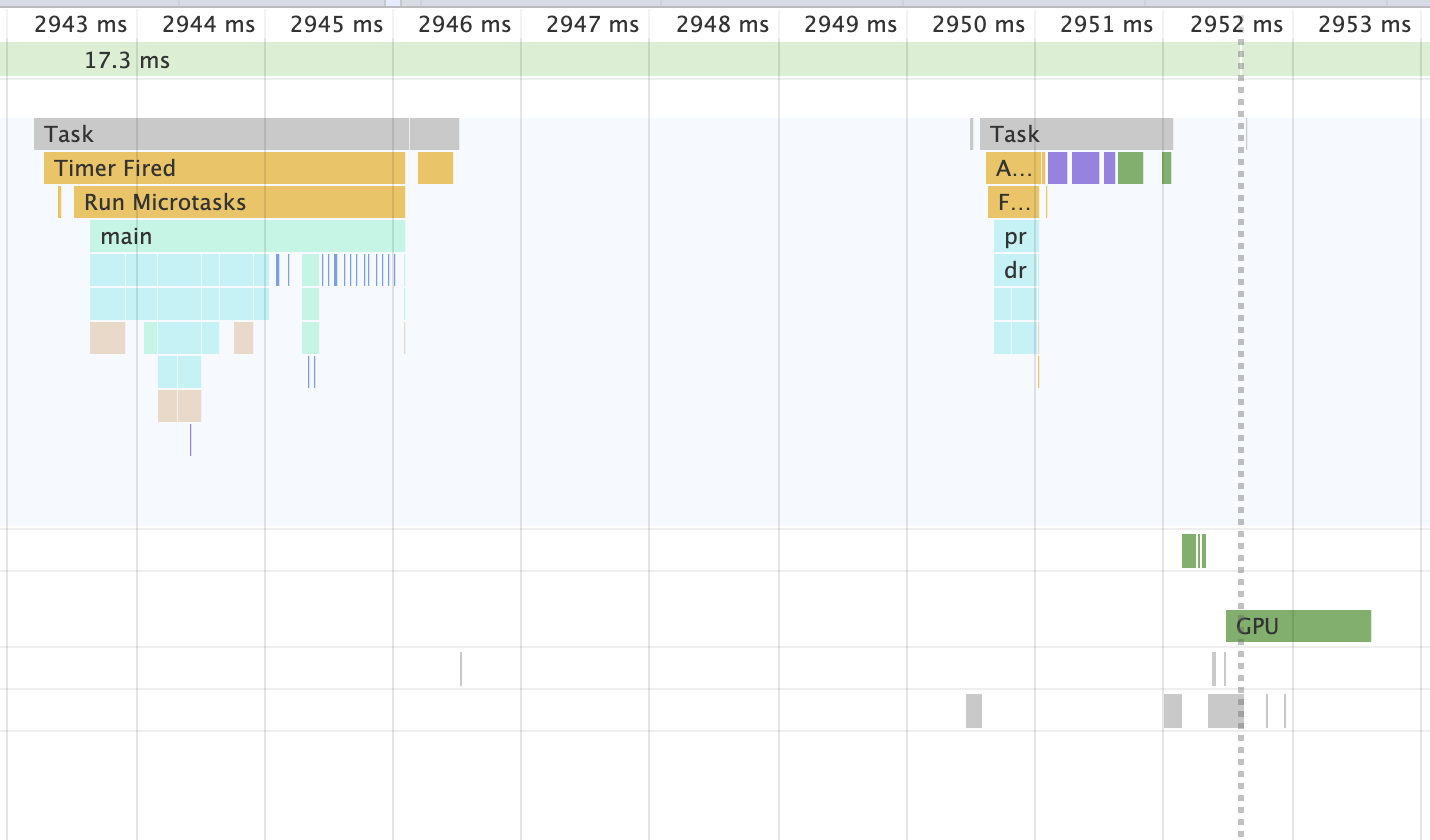 Handling of both events took about 3ms though the d3 screen update spent half of that in the gpu.

We spooled through prerecorded data by shifting a large array. We thought this might work the gc hard when we saw chrome crash related tabs more than once. We don't see the problem in the memory cycle though we should probably look further.